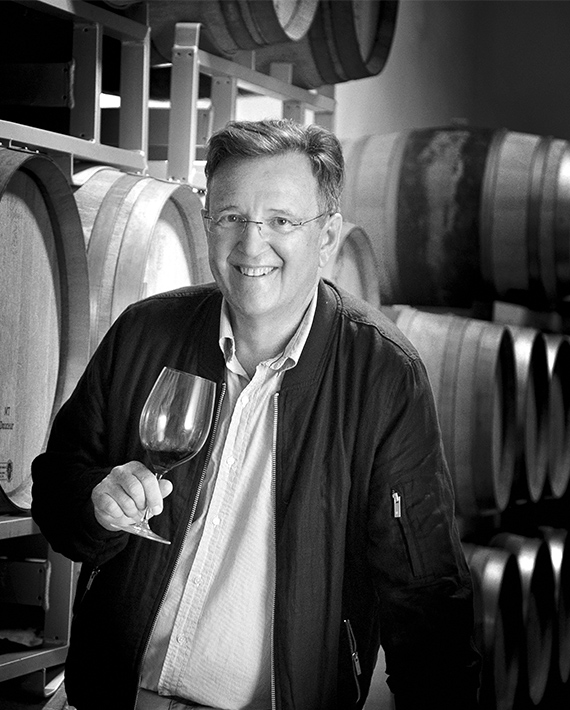 THE STORY OF ULRICH

Ulrich Ziegler was born in Menziken, a community in the Canton of Aargau, in German-speaking Switzerland. In 1960, when Ulrich was 5 years old, his family moved to Zurich and opened a delicatessen specializing in wine and cheese. As such, Ulrich grew up in a "tsunami" of amazing aromas and fabulous flavours. His interest in and passion for wine originated from an evening enjoying fondue. White wine is one of the main ingredients in this national dish of Switzerland. On this occasion, Ulrich’s father introduced a bottle of wine from the famous Swiss wine region of Neuchâtel. This wine was so incredible that, from that moment on, Ulrich made it his goal to produce an exceptional wine. This is when Ulrich began studying at the Swiss Federal Institute of Technology (ETH) in Zurich. He graduated with a degree in agricultural engineering and another degree in production engineering.

Following his studies, Ulrich was presented with an incredible opportunity to take his first steps in the world of winemaking at “Domaine de la Romanee Conti” and “Domaine Leroy”, under the guidance of Lalou (Marcelle) Bize-Leroy. Back in Switzerland, he took over the management of “Cardinal Wädenswil”, a beverage distributor, while also taking care of the administration for a wine shop in Zurich. Then, as is so often the case in life, his path took him in an entirely different direction. In 1992, Ulrich was presented with the opportunity to take over the company Specken-Drumag, which specialized in mechanics and electronics. Nevertheless, he continued to cultivate his passion for and interest in wine. For around 30 years, Ulrich scoured Switzerland and Germany for a winery that he could make his own. In 2015, he extended his search to Italy. The Colline di Sopra winery was the first company that he visited, and it was love at first sight. In the vineyards, the landscape and the location of the winery, Ulrich had found the perfect place to realize his dream. Ulrich took over the Colline di Sopra winery at the beginning of 2016. Since then, Ulrich has been working on his project to produce high-quality wines that express the unusual terroirs of Colline di Sopra to the full. 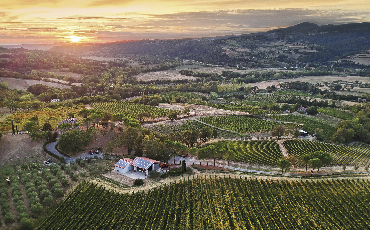 The modern organic winery COLLINE DI SOPRA was founded in autumn 2006 and taken over by the agronomist ETH Ing. Ulrich Ziegler in 2015. It has four excellent terroirs with a total area of 450 ha. Today, COLLINE DI SOPRA consists of 20 ha of productive vineyards and 68 ha of newly planted vineyards (or in preparation) with Costa Toscana typical grape varieties, including white grape varieties.

The vineyard is rigorously managed according to organic principles and is controlled by the certifying authority ICEA. 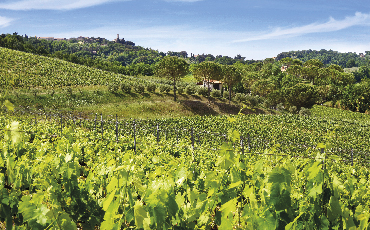 Quality:
Our goal is to offer you an interesting wine of highest quality.

Sustainability:
A sustainable and energy efficient production method is important to us. We collect rainwater, produce alternative energy and we have a power-optimized production process.

Organic:
Our wine production follows the EU organic regulation and is controlled by ICEA. We are always making an effort to exceed, in order to offer you an environment friendly produced wine. 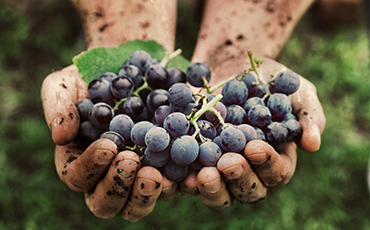 We are a great team!